Great Rivers and Lakes of Pakistan 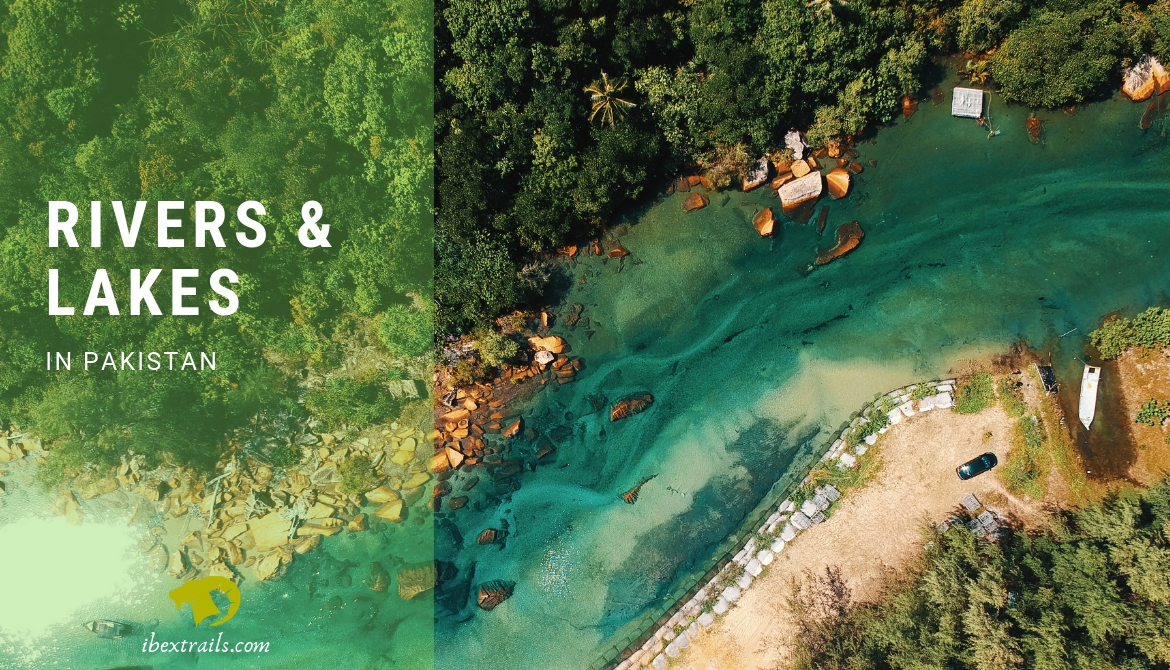 Great Rivers and Lakes of Pakistan

Pakistan is a country, blessed with enchanting sceneries, natural lakes, rivers, mountains, and all four seasons of nature. All of these factors add to the unique beauty of the land of Pakistan, which differentiates it from the rest of the world.

Brief Info about the Rivers and Lakes of Pakistan

The country is abundant in deep blue lakes, naturally flowing streams, and breathtakingly beautiful rivers. These water bodies are considered to be the specialty of Pakistan, offering sightseeing opportunities and adventurous sports to tourists from around the globe.

The glaciers over Pakistan feed one of the biggest irrigation systems in the world with a network of five rivers. A major part of the Pakistani economy is dependent on the waters of these rivers which irrigate the fertile agricultural land of Punjab and Sind. The bread bowl of the country Punjab is fed by a massive network of five major rivers and tributaries.

The most fertile land along the rivers produces cotton, rice, wheat, and barley which make the major part of the staple diet of the country. Most crops are dependent on the extensive irrigation system as well as monsoonal rains in the third quarter of each year.

The rich river economies have historically supported the oldest Indus Valley civilizations of Moenjodaro and Harappa.

There are a total of 24 rivers that flow through Pakistan, of which, 8 rivers flow in the province of Khyber Pakhtunkhwa, 7 in Balochistan, 5 in Punjab, and 4 in Sindh. The major river system of Pakistan originates from the Himalayas and the Karakoram Range. The system comprises mainly five rivers that pass mostly through the Punjab province. Punjab itself means “The land of five water” referring to the five rivers – Ravi, Jehlum, Sutlej, Chenab, and Bias. All these rivers combined build the biggest irrigation network in the world.

Lahore is the capital of Punjab and is home to a number of famous fishing spots. The fishing activities are mostly carried out at River Ravi, Head Maralla, Siphon, and Nallah Deg. There is a total of 4 rivers that flow through Sindh. These are Indus, Hub, Lyari and Malir.

KPK is believed to have more than 8 rivers but Kabul, Swat, Chitral, Kunhar, Siran, Panjkora, Bara, Kurram, Dor, Haroo, Gomal, and Zhob are some major rivers that flow through KPK. 7 rivers pass through Baluchistan. These are Dasht, Hub, Hingol, Mula, Bolan, Gomal, and Nari.

Fishing is among the favorite outdoor activities of people in Pakistan. There are many attractive destinations in KPK which give you a better chance of fish catching. Kunhar River is especially known as the best place for trout and mahseer fishing.

Pakistan is fairly abundant in beautiful lakes. A large number of lakes in Pakistan not only add to the country’s beauty but also offer adventurous sports opportunities to visitors. There are more than 20 lakes in northern Pakistan while Sindh and Baluchistan have their own lakes as well. Some of these are artificial, some are freshwater lakes and others are glacial lakes.

Located in the district of Naran, Saif-ul Malook is one of the most popular lakes in Pakistan. The reason behind this lake’s popularity is its breathtaking beauty. Saif-ul-Malook is especially famous for its spectacular view of the Malika Parbat peak, standing high behind the lake with its peak reflecting in the sparkling waters. It is also a famous tourist spot for fishing and hiking enthusiasts. The lake is a favorite spot for trout fishing in particular. Hiking and trekking along the lake give you some gorgeous views of nature and wildlife.

More to Explore in Pakistan

In addition to Saif ul Mulook, Shangrila Lake is another freshwater lake in Skardu. This lake is surrounded by lush pine forests, high peaked mountains, and the famous Shangrila Resort. Satpara Lake is another lake located in Skardu valley. Surrounded by cloud-kissed mountains, this lake presents you an epic scenery. Sheosar Lake in Deosai National Park is another beautiful freshwater lake. Shandor Lake is located near Chitral valley. The annual Polo festival takes place beside this lake.

Chitti Boui Glacial Lake lies between Pamir and Hindukush ranges. This lake was formed as a result of a flood 100 years ago. It got stuck in between these ranges and got frozen. Bashigram Lake is located near Bashigram Valley, Madyan. Godar Dhand is another beautiful lake in Kalam Valley with a height of 12565 ft., above sea level. The Shimshal Lake is at an elevation of 4,755m, situated about 40 km to the northwest of Shimshal village.

Sindh and Baluchistan are located to the south of Pakistan. These provinces have their own beautiful lakes. Kalri Lake is located in the district of Thatta. It is also a freshwater lake in Pakistan. Manchar Lake is one of Asia’s greatest lakes. It is situated in the district of Jamshoro, Sindh. Haleji Lake and Hadero Lake are also situated in District Thatta, Sindh. Drigh Lake is located in Qambar Shahdadkot district, Sindh. Hamal Lake is also a part of Qambar Shahdadkot, Sindh. Hanna and Hub Lakes in Balochistan are particularly favorite spots for fishing purposes.

Pakistan has large marsh reservoirs throughout the country. Many inland bodies of water and delta marshes are home to a variety of wildlife. This wildlife is very much useful for fish farms and hunting purposes and attracts tourists from all over the country. Marshlands of Pakistan are rich hunting grounds for game bird hunters as millions of birds pass through Pakistan during the seasonal migration of birds in September, October, and November.

The wetlands of Pakistan are very important for the local wildlife of Pakistan. The southern side of Pakistan is also a hub of migratory birds. Every year at the start of winter, millions of wild birds from cold northern regions migrate toward the warmer regions of the world.

These birds leave the ice-covered home grounds and move thousands of miles away in order to escape severe colds and scarcity of food. The major population of migratory birds originates from Russia, Siberia, and other Central Asian states. A wide range of pheasants can be sighted in marshy areas during the migratory season.

Hunting and netting of birds, both for recreation and for trade purposes are very common in Sindh province. Due to excessive hunting and catching, the local population of wild birds, as well as seasonal visitation, is declining rapidly. The government of Pakistan is taking appropriate steps to ensure the safety of wildlife.

The population progress and diversity of migratory birds are closely monitored. Pollution and salinity levels of water bodies are assessed periodically as well. In addition, a few areas that are home to endangered species of animals are made inaccessible to the general public in order to prevent human intervention.

Pakistan is home to some of the most beautiful gifts of nature. Its water bodies have a unique beauty of their own. They are a major tourist attraction as well. Visitors from all around the world come to these lakes for sightseeing, fishing, rafting, boating, and other adventurous activities.

They are the perfect place to visit if you want to relax in a serene environment with your family and also if you’re looking for a thrilling solo travel experience.

Cafes and Casual Dining in Lahore

ONE OF THE FOLLOWING

A visit to Shahi Qilah Lahore