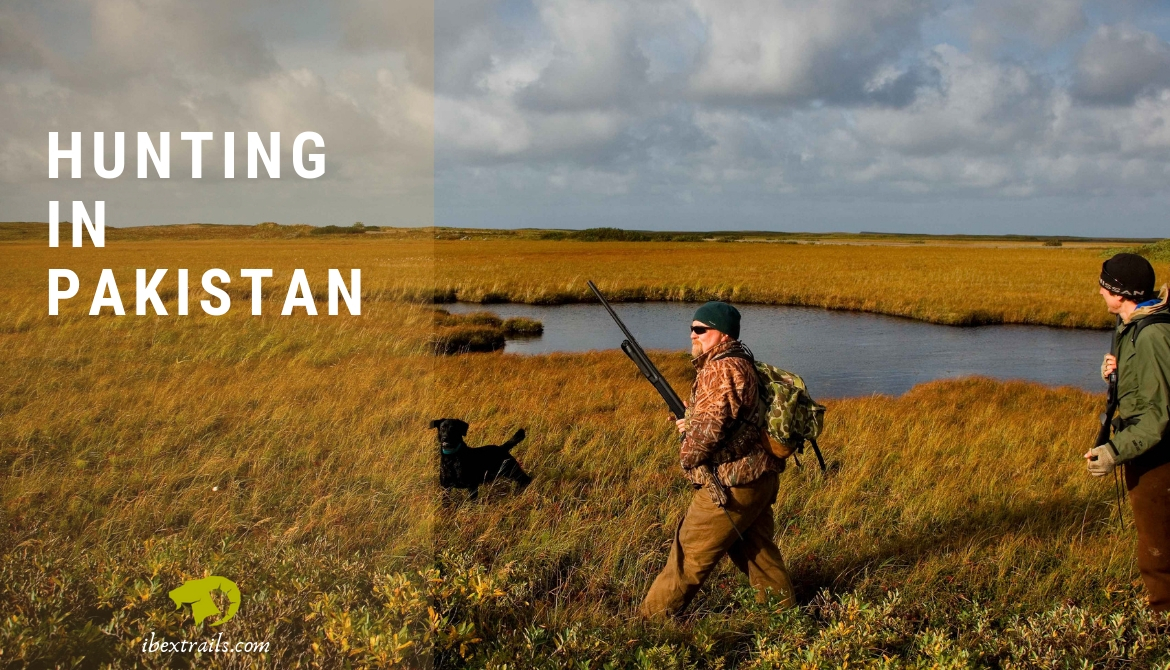 Pakistan is a country blessed with a variety of colours on its soil. Ranging from a sky-high mountain peak in the north to the golden beaches across the Indian Ocean in the south. The land is covered with terrains, plateaus, deserts, dry as well as glacier mountains, and finally, its rich green plains. Pakistan is a country with exceptional beauty and unmatched artistry.

With such a variety of landscapes, Pakistan is blessed with a variety of wildlife throughout the country. With a land of such geographical diversity, the country is consecrated with one of the finest and rarest species of animals. Where to hunt in Pakistan with rare animals like Markhor, Urial, and Ibex. Moreover, many other seasonal birds finding shelter from the Siberian winds of the north also find their home in the heart of the country.

The region of Gilgit, Skardu, and Astor is the home of one of the rarest breeds in the world. The region has cold weather conditions and is home to the rarest species of the country. Himalayan Ibex, Astor Markhor, and Himalayan Blue Sheep are some common examples.

Astor Markhor is the national animal of Pakistan. It is famous for its glamorous looks and its screwed horns. This species cannot tolerate snow or cold and migrates to lower altitudes during the mid-winter season until late spring. Moreover, Markhor is found on rocky mountains and involves long hikes to reach upon. Hence, the best hunting season in Pakistan is early spring when you can fight with weather conditions as well as find animals in suitable ranges.

Markhors were ranked endangered species by IUCN but downgraded towards nearly threatened species by the increase in population. The sheep can only be hunted in Pakistan with a special permit from the government. These permits are specific to hunting old Markhors not available suitable for breeding as a part of the conservation process of these species.

Ibex are also a very popular choice to hunt in these regions. Many hunters prefer hunting Ibexes over other animals in their expeditions. These regions are well-populated with different species of Ibex like Himalayan Ibex and Siberian Ibex.

These animals have strong legs and are capable of climbing strong stone mountains. Yet, these animals are found in low altitudes and do not demand long treks. Early winters are well suited for hunting such animals.

Hunting in the Plains of Punjab

Punjab is the largest populated province of the country and offers climatic shelter to migrating birds travelling from Siberia and Russia during winter. Hundreds of species of birds travel towards the warmer regions of south Punjab to get shelter from the intense climate of the north. Although many endangered species like Houbara Bustard have been marked illegal to hunt in Pakistan recently, some species are still legal to hunt in the country.

Pheasants, commonly known as Quails or in the local language Batair, are very popular in Pakistan. These little birds migrate from Siberia and Russia in tens of thousands in numbers every year towards warmer regions including Pakistan during the winters. These birds are illegal to captivate in the country but legal to hunt with special licenses. Cholistan Wildlife Sanctuary and other gaming sites in south Punjab allow bird hunting in Pakistan.

Chakor is the national bird of Pakistan. These birds are very attractive in appearance. And being highly populated in Punjab and KPK, the best hunting season in Pakistan is autumn or early Spring to see these birds in bloom.

Although highly populated in different regions of the country, Chakor is still very much illegal to hunt without a license. These licenses are very cheap as compared to other hunting licenses, yet, quite expensive.

The soil of Sindh, Pakistan

Domestic birds widely populate Sindh. These birds are used to warm weather conditions and are bred in large numbers. The District of Thatta and a coastal line of Karachi are very popular spots for hunting these birds.

Partridge or locally referred to as Teeter are hunted throughout Sindh in large numbers. Many different districts are well populated with birds in their hunting sites. Many species namely Sandgrouse or Black Partridge of the family are also hunted throughout the province of Sindh.

These birds are legal to hunt in only one season throughout the year. It is considered illegal to captivate or hunt partridges once the hunting season is over. The season starts in mid-November and lasts till the end of January of next year.

Licensing and Resources for Hunting in Pakistan

Govt. of Pakistan promotes supervised hunting throughout Pakistan. The licenses for hunting purposes have a hefty fee and are quite expensive. But even with these fees, hunting these animals in Pakistan is still an experience on its own. Ministry of Tourism and Wildlife overlooks wild game hunting in Pakistan and provides legal authority to hunters for their games.

Most of the hunting is carried out with a rifle or by bow hunting. These are important resources for trophy hunting in Pakistan. Hence it is important to be very well-involved in training for rifle handling and bow handling for safety purposes. Many different organizations provide facilities for hunting different animals including training on handling rifles and bows.