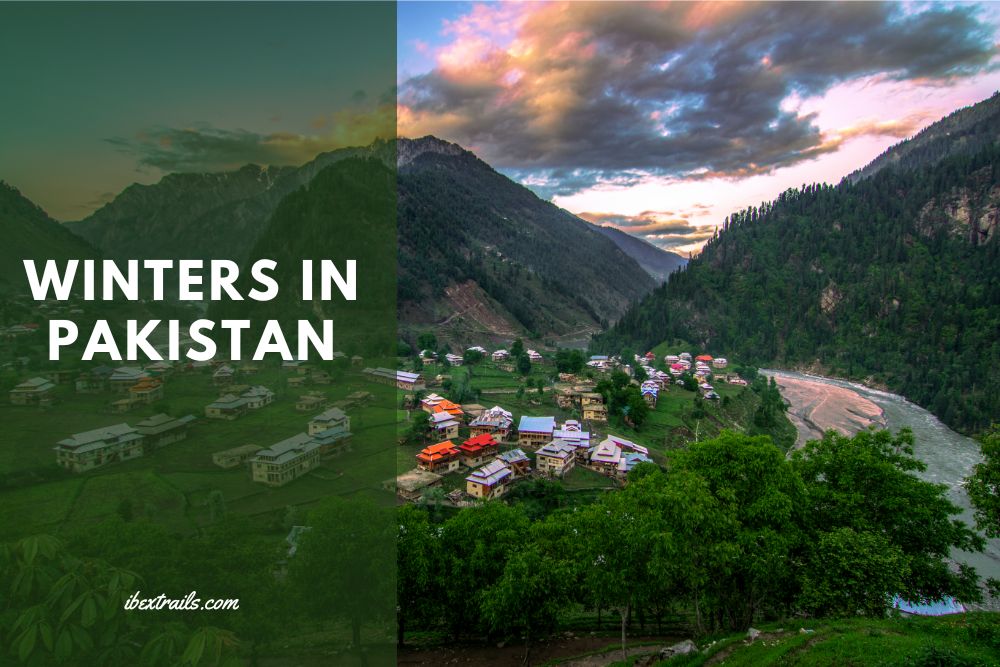 The winter season starts in Pakistan around late October.

Winter is one of the most enjoyable times in Northern Pakistan. The days become shorter and days of clear sunshine are short but nice and warm. The sun starts setting around 5 pm and gets dark very quickly. The ashen cloudy skies against the bare tree leaves create a magical effect. At higher altitudes over 8000 feet the evergreen coniferous tree-like pine, deodar, spruce, and firs are quite common and have the ability to withstand the freezing winter cold.

Abbottabad is one of the biggest valleys in the lower Himalayas and is located at an altitude of 7400 feet. The winters are very enjoyable as the recent tree plantation on the hills has created a different weather pattern and the city has started experiencing snowfall in the months of December and January. The temperature dips below.

In Abbottabad, the air thickens with smoke from burning wood in the chimneys. Firewood stoves are still used in most remote areas because of easy access to wood and coal. Though modern houses do not have chimneys anymore. Conventional sources of heating include electricity and gas burners.

Seasonal migration of birds from  Siberia takes place around October. The sky is filled with millions of birds migrating across the Southern Hemisphere. Game bird hunters look forward to this season as ducks, pheasants, mallards, and Russian doves are commonly hunted across the region.

Migrating birds during the winter season in Pakistan

Snow season in the lower Himalayas (Galiyat) season starts in mid-November and goes till late January. Areas above Gilgit Baltistan are not easily accessible due to heavy snow. The houses in the North are built with slanting roofs to avoid the build-up of snow on the roof top. More traditional houses have firewood stoves and families sit around these stoves in the common area of the house watching tv and enjoying meals prepared for winter. Meat is the main source of energy. People in some areas dry meat and store it for later use. This practice is not very common in bigger cities as meat and other food items are easily accessible. Dry food is available in abundance. Walnuts, Pinenuts, almonds, and dry figs are very popular in winter.

Men in the north wear Pattu hats and jackets. Pattu is a hand-woven woolen cloth that can withstand very cold temperatures. Women wear shawls woven out of Pattu.

Biggers cities like Lahore and Rawalpindi get a couple of weeks of very cold winters. The cold is mostly brought by winds blowing from Quetta and Iran. During this time the temperature drops below zero at night times. Second-hand clothes markets cater to the need of most poor people as imported used winter clothing is quite cheap as compared to locally manufactured clothing.

Tips for Foreign Travellers in Pakistan