The tour was organized in October 2019 to Kuching and surrounding areas. Kuching is the capital city of Sarawak and a hidden gem of Malaysia. With plenty of colonial history and heritage, Sarawak is home to many jungle tribes whose culture has a deep influence on art, crafts, food and history of the region.

Surprisingly you will not be able to catch any public transport other than taxi or GRAB ( ride-sharing service) from the Airport. You should install GRAB applications as it offers the lowest travelling rates anywhere in Malaysia.

Grand Margherita Hotel, Kuching
The drive from the airport to the waterfront area is approximately 15 minutes costing around 15RM. I booked three nights at Grand Margherita through AGODA and got amazing rates on advance booking.

The location of this hotel is ideal and located on the waterfront on one side and shopping centres and the famous cat statue on the other side. A bit of research for local hotels on AGODA before booking always comes in handy. Hilton and other 5-Star hotels are located in the vicinity and offer great options for luxury travellers.

The Famous Cat Statue in Kuching

On the first day, I wanted to explore the local area on foot and walked around the back alleys in and around Jalan Tanky Abdul Rehman.

One of the famous places which are decided to check out the subsequent day as famous Chong Choon Cafe which I read a lot about when doing research on Kuching attractions and things to do. The cafe is closed during the day time in mid-week and is popular for breakfast.

Other nice cafes in the neighbourhood include "Feast and Furious" and a number of Malay and Chines restaurants lined along the way on both sides of Jalan Padungan that leads up to China Town.

I discovered nice budget hotels under 50RM per night in this neighbourhood which was quite popular with backpackers and budget travellers. There is a bus ticket booking service around the corner.

The shopping centres in the area include Centerpoint Shopping Center and Tun Jugah Shopping Center. The food courts have a number of nice cafes and fast-food restaurants including Macdonalds. I really enjoyed and recommend Chicken Restaurant (Hartz Chicken Buffet). There is a massage and physio centre managed by staff with a visual disability. Enjoy one hour massage under 35RM.

on a weekend evening, you can miss the TOP SPOT food court which is popular for the local seafood buffet. The place is very crowded on Saturday night and you can try local delicacies and seafood cooked in various style. I tried local white pomfret and satay dishes and loved the taste.

On the second day, I decided to explore Fort Margherita. Local boats take you across the river near the Kuching Waterfront Tour boat station. They charge 2RM per ride. There are a couple of seafood restaurants along the river that attracts a local crowd in the evening and during the weekend. I took a deserted step of stairs and alleyway all the way to the entrance of Fort Margherita. The road access is from the mainland and would take a lot of driving time from the city to reach this location. The boat saves the time and distance but you will have to walk through a local neighbourhood to reach out to the fort.

Fort Margherita was my first interaction with an interesting history of Sarawak. The multi-story fort was used as a prison during the colonial era and has a hanging board area and two cells for retaining the rebels during skirmishes with the locals. A winding step of stairs takes you to the roof of the fort which commands a great 360 degrees view of the locality.

The various floors of the fort have an interesting history of local British Rajas of Sarawak how controlled this region from 1841 to 1946. There is an impressive collection of documents, a replica of ships that came to this area, weapons used by colonial officers and local tribes. I was intrigued by the interesting history of local tribes including Dayak which made the major chunk 6 major tribes that lived in Sarawak. Interest in traditional culture, lifestyle and history of these tribes took to explore other interesting Museums in Kuching.

In the afternoon I decided to take a boating tour of Sarwark River. The big cruise operates in the evening costs around 75RM. However, a single-engine small boats conduct an hourly tour at 35RM per person and take you down 5 km along the river exploring views of the waterfront area and Istana which is located next to Fort Margherita on the other side of the river. Make sure not to put your hand in the water as an I was told by the boat owner that occasional crocodiles are sighted in the river during the rainy season.

There is a nice James Brooke Cafe located along the waterfront decorated in colonial style. I tried local Laska and some desserts. The location of this cafe is really nice and offers a great ambience to sit and enjoy the pleasant surrounding on a relaxed midday afternoon.

A visit to Sarawak State Museum is must if you are keen to explore the interesting history of this region. The Museum is housed in an old building with hundreds of interesting exhibits ranging from tin-mining history to tribal culture, totems, replica of longhouses, clothing worn by the tribals and flora and fauna of the region. You will need at least two hours to explore all the exhibits in details.

The museum is home to a wide collection of local insects by earliest naturalist like Alfred Wallace.

I really like the traditional longhouses which were used by tribals to live in the remote jungles of Sarawak and Borneo. Each tribe had a distinct style of longhouses and traditional. The tribals used bow and arrows along with blow-pipes with poisoned needles to attack their enemies. The skeletons of the enemies are hung in the Iban houses for prayers worships. Other tribes in the region include iban, melanau, bidayuh.

The Textile Museum is located in the centre of the city very close to the main shopping centre in Sarawak. The Museum is home to a rich cultural tradition of the Sarawak region. The museum introduces you to basic fabric making and printing techniques used by the tribal cultures of Sarawak to create interesting designs and motifs. With the arrival of other ethnicities to the region in the last 100 years, the Sarawak culture has evolved and absorbed a number of foreign influences. This is reflected in cultural dresses, wedding dresses and other ceremonial outfits worn by different people across the area.

Visiting Sarwark Cultural Village at the outskirts of the city is one of the most enjoyable and immersive experiences in the rich tribal history of the region. I booked the tour the hotel reception and a Van picked me up at around 9 am.

The drive to Sarwark Cultural village is around 45 minutes and the road takes you down some rural region at the outskirts of the city finally climbing up the hill to a beautiful location the base of the mountain overlooking a rocky shoreline.

The Sarawak Cultural Village his home to Rainforest Music Festival held every year in this location and attracts hundreds and thousands of the people to the locality. The entry fee to the village is 15RM and you have issued a passport to explore the various tribal households in the village.

The village is designed to house a large number of longhouses representing various ethnic denominations of Sarawak Region. Each tribe has its own distinct lifestyle, dress and, style of longhouses and weaponry used in the warfare.

Once you enter the village with a passport you can walk around visiting various longhouses where you will find local tribals busy in their daily everyday activities. The tribal chief in one of the longhouses will introduce you to the cultural history of the region and local traditions carried out by the various tribes. You will also explore the communal area as well as residential quarters used by family members in the longhouses.

Outside the cultural village shopping area

A tribal longhouse used by one of the local tribes

Inside of a longhouse used by the local chief

A local woman weaving fabric made out of coconut hair and other local products.

A Cultural Show in the auditorium is part of the visit to the tribal village.

You will need 2-3 hours to explore all sections of the cultural village. At the end of your visit, there is a cultural show conducted by local tribespeople highlighting the customs, hunting styles, cultural dances and wedding ceremonies of various tribes. This cultural show is not to be missed.

for accommodation in this area, you can book at Damai Beach Resort, which is an amazing property offering 5 Star accommodation at a walking distance from the cultural village. Book Online.

On the fourth day, I decided to explore the downtown and old bazaar in Kuching. This part of the city adjacent to Carpenter Lane is very popular with backpacker crowd as narrow, well-lit and decorated alleys have a number of nice bars, cafes and hostels including "Wrong Place".

Most backpackers and budget travellers tend to stay in the part of the town as there is easy access to all the tourist attractions, waterfront night markets and museums.

Walking through the side streets exploring local crafts and souvenirs shops is an interesting experience. The city has a very lazy feel to it and it seems that time has stopped during the middle of the week.

The weekends attracts plenty of people from the adjacent towns the city is full of life till midnight.

Best places to stay in Kuching 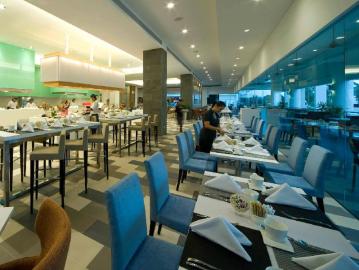 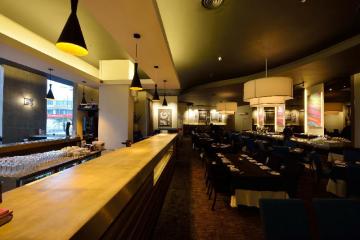 Pin it to read Later!!